A planning application has been submitted for the development of a greenway between Midleton and Youghal, says Cork East Fine Gael TD and Minister of State for the Department of Justice & Equality. The application was submitted by Cork County Council under Part 8 of the Planning and Development Regulations 2001 (as amended).

“I am very pleased that the planning application for this greenway project has now been submitted. The proposed greenway will run along the old railway line between Midleton and Youghal beginning at Midleton train station passing through the villages of Mogeely and Killeagh before concluding at the old railway station in Youghal”, said Minister Stanton.

The development of greenways is supported by the Government with a new strategy for Ireland’s greenways launched in July this year. This strategy aims to increase the number and spread of off-road walking and cycle tracks nationwide. To support this strategy a fund of €53 million has been allocated for the three years from 2019 to 2021.

“Judging by the great success of the Waterford Greenway, the Great Western Greenway and many other projects, the Midleton to Youghal Greenway, if approved, has huge tourism potential for the East Cork area. It should give a real boost to the local economy with towns and villages along the route benefitting particularly. It will also be great for local people who will have access to a long walking and cycling route which is very safe for people of all ages to use.

“The proposed project includes a greenway of 3 metres to 4 metres in width along with a boardwalk and parking facilities at Midleton Train Station and at the former railway stations in Mogeely, Killeagh and Youghal. It also includes many other necessary works such as agricultural crossings for farmers working the land along the route, culverts and drains, seating, cycle stands, safety measures, landscaping and ancillary works.

“I have received many enquiries regarding this greenway project and I am aware there is great public support for it. Anyone interested in viewing the plans can see them at Cork County Council offices at Carrigrohane Road, Cork or at East Cork Municipal District offices at Midleton Lodge Youghal Road, Midleton or at Mall House, Youghal during the period 18 September until 16 October 2018 inclusive. Full details are also available online at: https://www.corkcoco.ie/planning/municipal-districts-part-8-planning 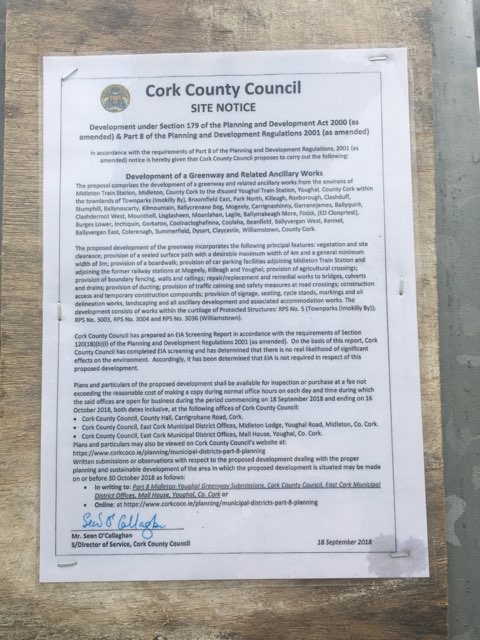 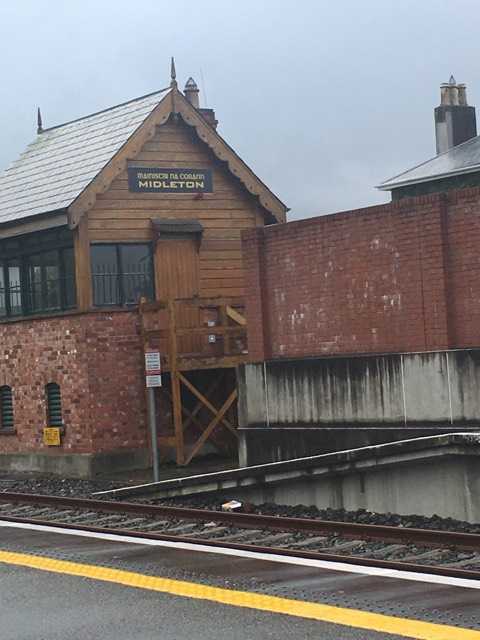