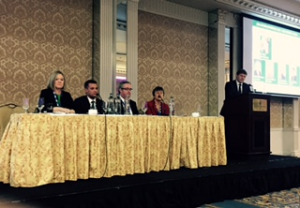 I am pursuing the publishing of legislation at the earliest opportunity which will overhaul the current laws relating to gambling. The only exception to this will be the legislation dealing with the National Lottery which was updated in 2013.

The proposed Heads of new legislation, which were approved by government in 2013, aim to license online gambling, as well as providing for the licensing of modest sized casinos. The Heads also provide for the establishment of a regulatory body, with responsibility for licensing, compliance and enforcement activities. The new legislation will have consumer protection as one of its core principles, and it is envisaged that it will include several measures aimed at assisting and protecting vulnerable persons, the young and those for whom gambling has become a problem.

The General Scheme includes prohibitions on the employment of young persons, they will not be permitted to participate in gambling and there will be arrangements for age verification checks by licence holders. It is envisaged that the regulatory body proposed in the legislation will include a dedicated inspectorate whose main task will be to monitor compliance by licence holders with the terms of their licence and with the new legislation generally.

The Scheme proposes the establishment of a Fund to aid research, education and awareness activities and to support gambling addiction treatment programmes. The Fund will be based on contributions from the industry but the proposals will ensure independent supervision of the disbursement of monies collected. There is also provision in the Scheme for the implementation of self-exclusion measures.